Opened in 1865 on Regent Street in the heart of London, Hotel Café Royalneeds no introduction. In the five-star luxury class and owned by The Set Hotels group, its guests have included two kings of England – Edward VIII and George VI, Oscar Wilde, Winston Churchill and music legends of the calibre of David Bowie, Mick Jagger and the Beatles and the actress Elizabeth Taylor.
There’s no question about the culinary range reaching the level of expectation of an extremely demanding clientele. From the restaurant of international chef Laurent Tourondel which bears his name to Cakes & Bubbles with the famous desserts prepared by the Michelin three-star chef Albert Adrià and the cocktails in Green Bar and Ziggy’s, as well as the traditional afternoon teas served in the historical Oscar Wilde Lounge. 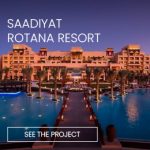 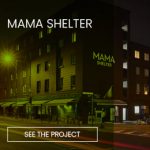 By clicking on "Accept all", the user agrees to store cookies on the device to improve site navigation, analyze site usage and assist in our marketing activities.
Need more informations? Read the Cookie Policy
SETTINGS REJECT ACCEPT ALL
Manage consent